EU directive to change the aspect of working time registration

EU directive on the organisation of working time emphasizes an often ignored aspect of working time registration higher protection of employees. Read this blog post to find out why we should welcome it open-handed.

An employer must follow the standards defined in the EU directive on the organisation of working time. These standards encompass minimum daily and weekly periods of rest, adequate breaks, night work, annual leave, and the maximum limit on weekly working hours. Until now, insufficient legislation allowed employers to avoid these regulations, most frequently by simply not keeping track. However, the EU is determined to stop such behaviour.

Precise time and attendance lists bring advantages for both parties: employees will easily assert their rights, while employers will be able to track the actual time used for completing a task, which is the basis for calculating productivity or efficiency. Industry 4.0 also requires the concept of planning, analysing and recording working time for individual tasks. Time spent on tasks is later optimised according to changes and other requests. Those Slovenian companies who are struggling with competition have not yet comprehended that the results are not the only parameter that counts; it is essential to count the time spent to achieve these results. There is no use making the best sofas if you need twice as much time to complete one order as your competition abroad.

Further on, read about the key elements of work legislation.

The employer has to ensure that employees do not work more than 48 hours, including overtime work, over a seven-day period, calculated as an average for the period of four months. Every worker is entitled to 11 hours of uninterrupted rest daily, and 24 hours of uninterrupted rest per each seven-day period that has to be taken within a 14-days period. However, Slovenian legislation is tougher and defines 12 hours of rest between two successive working days; an 11-hour rest is only possible if the working pattern is irregular. Employees with an irregular working pattern are allowed to work 56 hours per week, but the average working hours in the period of 6 months (or 12 months, if defined so in the collective agreement, e. g. for tourism or hospitality) should not exceed 40 hours per week. The employee may have the maximum of 8 overtime hours per week, 20 per month, and 180 per year.

Where the working day is longer than six hours, every worker is entitled to a rest break, while the duration of the break is defined in the legislation of each member state. In Slovenia, employees working full time are entitled to a 30-minute break calculated into the working time. Furthermore, all employees working more than four hours per day are entitled to a proportional share of paid rest break. However, these rules are often not obeyed; in Slovenia, it has become common to work nine hours with a one hour break. This violates legislation, unless the additional hour counts as overtime.

Every worker is entitled to paid annual leave of at least four weeks. The annual leave may not be replaced by an allowance, except where the employment relationship is terminated before the employee was able to spend the leave.

A night worker is an employee working at night for at least three hours of their daily working time, or working at night for at least one third of their full annual working time. Night time in the EU is the period between midnight and 5 a.m., in Slovenia between 11 p.m. and 6 a.m.; or in case of shift work between 10 p.m. and 7 a.m. Normal hours of work for night workers should not exceed an average of eight hours in any 24-hour period. Night workers with demanding jobs are not allowed to work more than 8 hours in any 24-hour period. In this case, Slovenian legislation is more liberal, since it defines that in a 4-month period the average night shift of a night worker should not exceed 8 hours per day, while the limitation of 8 hours in a 24-hour period is only set by positions with greater hazard of injuries or health problems. A night worker is entitle to longer annual leave. However, it is not defined how much longer it should be.

The Directive is not obeyed

The European Commission pointed out that the Directive has been in place since 2003, but is often not obeyed or interpreted correctly; mostly because employers do not have an appropriate system that would enable precise tracking of working time. Due to the increased number of violations identified in all Member States, the Member States will be obliged to enforce a systematic and very precise tracking of working time. According to the Labour Inspectorate of the Republic of Slovenia, the majority of violations in Slovenia occur in civil engineering, hospitality, tourism, and retail. The Inspectorate addressed the issue of the insufficient legislation to the Slovenian Government several times.

As stated in the report for 2018, changes to this legislation are mandatory, otherwise it is not possible to monitor if the legislation on working time is obeyed. Why?

The employers are legally bound to track the number of working hours, but without arrival and departure times. Therefore, it is not possible to determine the time of the day that the employees were at work and whether they were granted all entitled rights.

Inspectors observe increasing number of part-time employment although most employees actually work for eight or more hours per day. Working time violations are often the result of sick leave and understaffing.

Furthermore, inspectors report about employers in retail who tend to ask their employees to register their arrival when they actually start working, although they arrive earlier to get ready for work (e.g. for changing clothes etc.). This time is not being registered as working time.

Violations are also frequent in case of irregular working time, where the maximum allowed number of working hours per week is 56.

As seen from the above written, work legislation is precise, but negligence in its execution may be harmful for employees as well as employers. 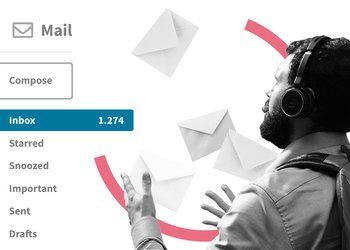 12 simple and effective email management tips to boost your productivity 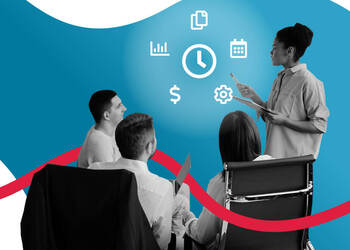 How to introduce a time clock to your employees 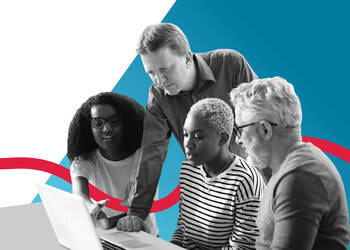 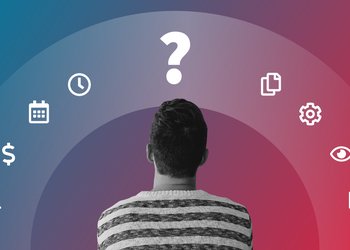 Time clock app - How to pick the best one for your business?

Register for the webinar: