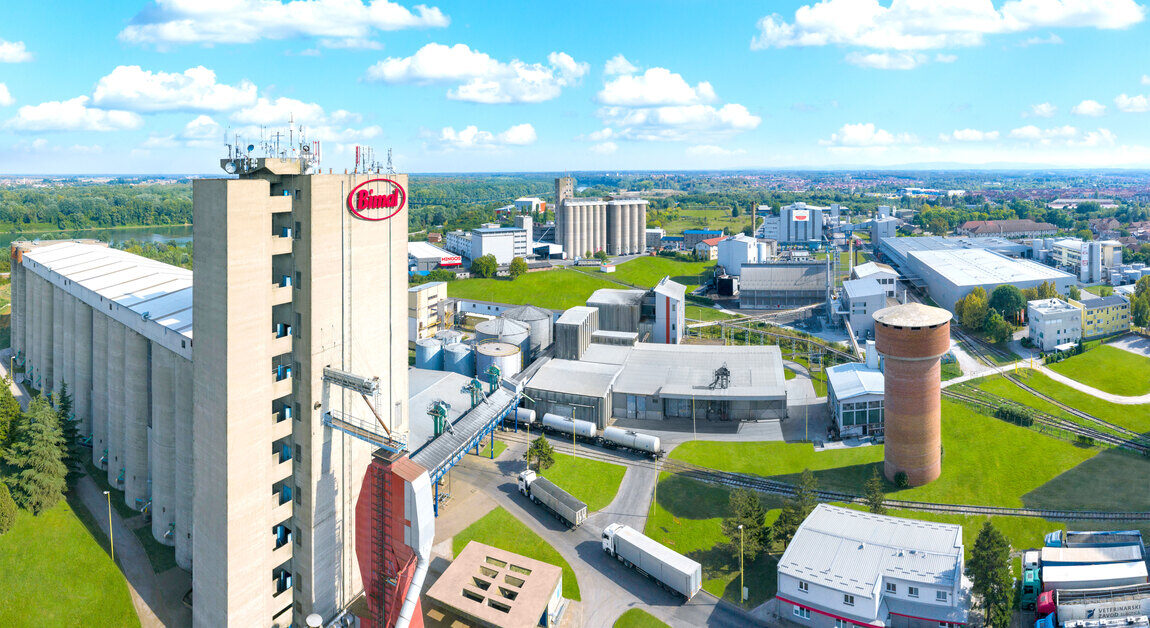 What will you learn from the STUDEN Holding group Case study:

About STUDEN Holding group: More than 850 employees in 10 countries

“STUDEN Holding has an international portfolio of agricultural activities, which includes the processing, trading and distribution of agricultural products such as sugar, edible oils, oilseeds, grains and coffee. The STUDEN Holding group consists of several companies. BIMAL produces edible oils, while STUDEN AGRANA is engaged in the production of sugar. The third segment covers Mingos coffee. This is the range of our basic food products,” says Tijana Čolić, HR Manager for BIMAL Group. 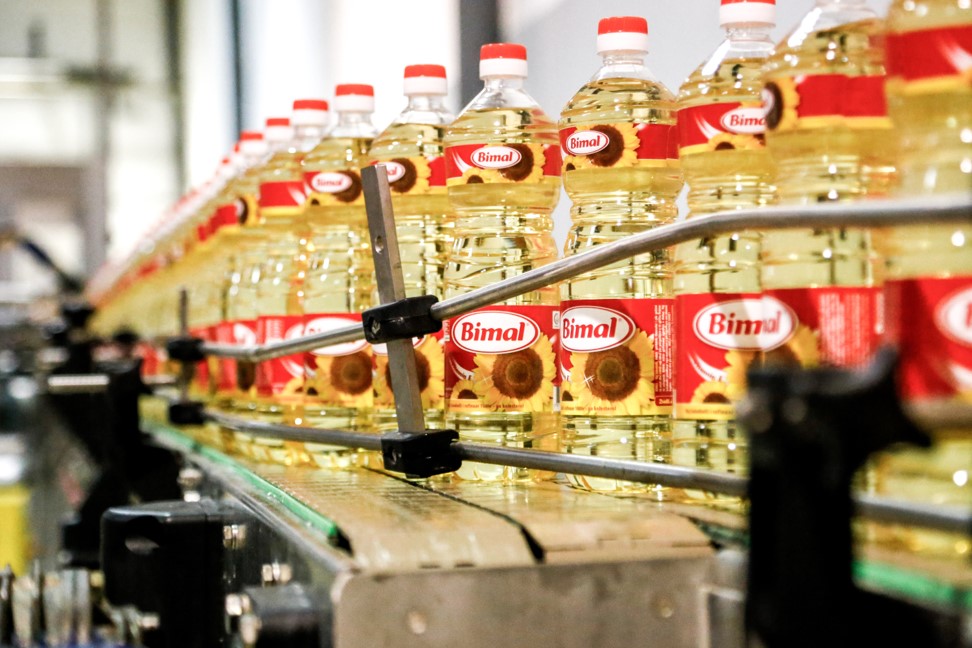 The Holding was founded in 1992 in Vienna, where the company is headquartered. Through capital connections STUDEN Holding established its production and distribution companies and began the cycle of investment projects in the food industry of the Western Balkans. Today, the group has more than 850 employees in 10 countries across Southeast Europe and the Middle East: Austria, Slovenia, Croatia, Bosnia and Herzegovina, Serbia, Kosovo, Albania, the United Arab Emirates, Israel and Turkey.

STUDEN Holding is an investor in the food industry of Bosnia and Herzegovina initially investing more than EUR 100 million in three factories in Brčko, BiH. Through its strategic partnerships with the Austrian companies AGRANA Group and VFI (VEREINIGTE FETTWARENINDUSTRIE), a large agro-industrial complex was built in Brčko, where the BIMAL factory for the production of edible oils, STUDEN-AGRANA Sugar Refinery, MINGOS coffee production and several service companies operate.

More information about the STUDEN Holding group is available at the end of the article.

“The SPICA software enables planning of working hours and assigning people to shifts. For us, this is the most important aspect.” Mirsad Lišić

First, BIMAL d.d., as the largest producer of edible oils in Bosnia and Herzegovina, decided in 2015 to upgrade its system for recording working hours due to lack of possibility to plan shifts and difficulties in downloading data from time terminals. Several other companies recommended SPICA because of its robust and long-lasting hardware. SPICA organized a visit by BIMAL to certain Slovenian production companies that use SPICA's solution for tracking time and presence.

“The SPICA’s solution enables simple workforce scheduling and assigning people to shifts. This is important to us, since it increases the transparency of the work plan itself. In the beginning, the system was not entirely adjusted to our needs. But SPICA understood this issue and together we upgraded the system to completely fit our needs. Due to the complexity of our system, SPICA adjusted and adapted its solution to us as a customer. Now we use this solution to the maximum because it is simple and the app is very clear and easy to use,” says Mirsad Lišić, director of the security agency within the STUDEN Holding group, who is in charge of access control and manages working hours for about 40 employees of the agency. 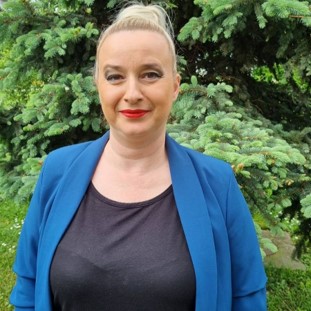 “SPICA’s solutions are used in all companies operating within the agro-industrial complex of Brčko, and the production companies of the holding operating in Serbia.” Tijana Čolić

“Since Brčko district is a condominium of Bosnia and Herzegovina, the STUDEN Holding group has faced numerous challenges, especially due to complex legal regulations governing labor law. In our companies, we employ people from the Brčko district, and the entities Federation of Bosnia and Herzegovina and the Republic of Srpska, which is very complex due to the legislative regulation of both entities. But with the solution developed in cooperation with SPICA, we got the support we needed to automate these complex processes and come up with an adequate solution for all types of pay,” explains Vanja Grčević, HR administrator for payroll accounting in BIMAL.

“The solution made everything easier. Previously, we had a classic work record where each employee had their own sheet and the arrival and departure data were manually filled out. On the basis of this sheets, data on the types of work done was extracted for each worker. Just imagine an accounting employee when more than 200 such sheets for payroll come in. In addition, it was also necessary to separate the types of work for each worker, i.e. regular work, night work, overtime...,” adds Vanja Grčević.

Very complex. Therefore, it is no coincidence what the main focus was when the Time&Space solution was introduced: “Our number one focus was monitoring the presence of all employees in the group. This is the basis for data export and payroll calculation,” says Tijana Čolić.

Before, it had to be taken into account every time that not all workers were registered in the same health insurance system, the same tax system and not all were in the same entity of BiH. Only after that would we start the manual recording of data in the ERP system for each employee in connection with the types of work done.

Practically, this meant that, for example, for 280 employees of BIMAL, which is one of the companies within the STUDEN Holding group, it would take a day or a day and a half just to calculate data from their sheets. Manually entering the amount of each type of earnings for each worker took even longer. If each employee had an average of seven to eight different types of earnings, that means 1,500 to 1,600 manual entries of each type of pay.

One of the most commonly used modules within the Time&Space solution is the Payroll Integration Framework (PIF), which allows users to efficiently process data from the time and attendance records and display it as various types of payments (counters). In this way, the user significantly reduces the need for manual data processing, and we get data ready for analysis or entry into the salary program quickly and without the possibility of human error.

In addition, Zlatan Zimonjić, IT director of the STUDEN HOLDING group, explains: “We had two or three different ERP systems and modules. We had to find a solution with SPICA in relation to that, for the files themselves. But the biggest challenge was access to data.”

Today, everything is much simpler. 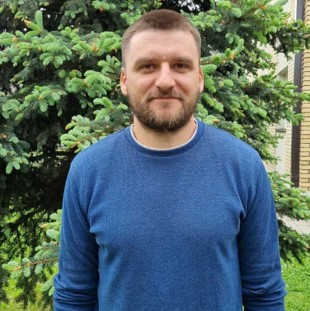 “Every time it had to be taken into account that not all workers were registered in the same health insurance system, the same tax system and not all were in the same entity of BiH.” Vanja Grčević

Solution: “From Solitaire to PlayStation.”

BIMAL implemented the solution during the summer of 2016 by first establishing a time tracking process for part of its workers and 16 managers. One of the most important parts was the implementation of automatic workforce scheduling, which significantly reduced manual planning, since Time&Space offers a dynamic and prompt distribution of labor force in case of unpredictable absences due to sick leave or similar events.

In the fall of 2016, BIMAL began preparing payroll using Time&Space's Payroll Integration Framework (PIF) module, which allows automatic calculation of data on presence according to a number of rules. As BIMAL workers come from various parts of Bosnia and Herzegovina, BIMAL had to implement 3 different labor laws (Federation of Bosnia and Herzegovina, Republic of Srpska, Brčko).

“I could say that the migration from the previous system to SPICA's solution was like switching from Solitaire to PlayStation.” That's how one of the employees in the HRM in BIMAL described the transition to the new system shortly after its implementation.

“SPICA’s solutions are now implemented in all agroindustry companies within the STUDEN HOLDING group,” says Tijana Čolić. She adds: “People always resist changes. At the beginning, not everyone accepted it with open hands. But over time, everybody realized that the system is there to serve not just us, but also them. It was something inevitable, necessary. Rules are there to be followed or not. There was no need to sanction anyone.”

Mobile and stationary devices are used

Now there are no more challenges in the calculation of over 200 types of payments such as compensation for night work, work on non-working days, reduced wage due to sick leave, maternity leave, partial payment of overtime and carrying the rest over to the next month, calculation meal allowance.

Once prepared, the payroll data is automatically transferred to the ERP system through the integration of PIF and ERP in the STUDEN HOLDING companies, so that accounting is ready for payroll processing.

When it came to absenteeism, it was difficult to centralize everything completely. Changes are welcome and easily accepted in some places, but not in others. However, absenteeism decreased, because people simply realized that the system was there to stay, the rules exist, and they should be respected. No extra disciplinary actions were needed. People are conscious beings and are responsible for their actions,” explains Tijana Čolić. 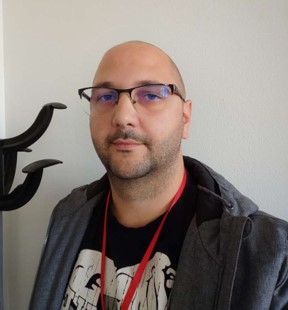 “Mobile and stationary devices are used. Mobile devices can be used, for example, by truck drivers.” Zlatan Zimonjić

Today, SPICA’s terminals collect presence data and show statuses for the entire agro-industrial complex of the STUDEN Holding group. Managers plan and check the presence on their web modules. The administrator, HRM and accounting services prepare salary data using Time&Space's PIF module and transfer the final data to BIMAL's ERP system. The most important benefits of implementing the system are as follows:

Why? Vanja Grčević explains that they went a step further at STUDEN Holding as far as the clocking itself is concerned. Each facility has its own device for accessing the workplace. As soon as the workers enter the facility they check in at the terminal. Therefore, no time is lost on the way from entering the company to entering the facility and starting work in the workplace.

“The whole process has been automated. Administrators confirm data for the past month. If anything needs to be corrected, it is done so. A final joint report goes into accounting, and the accounting service automatically pays salaries,” says Vanja Grčević

In the umbrella holding, due to the volume of business operations and development of the business network, two business groups, BIMAL Group and AGRANA-STUDEN Group, have been clearly defined. 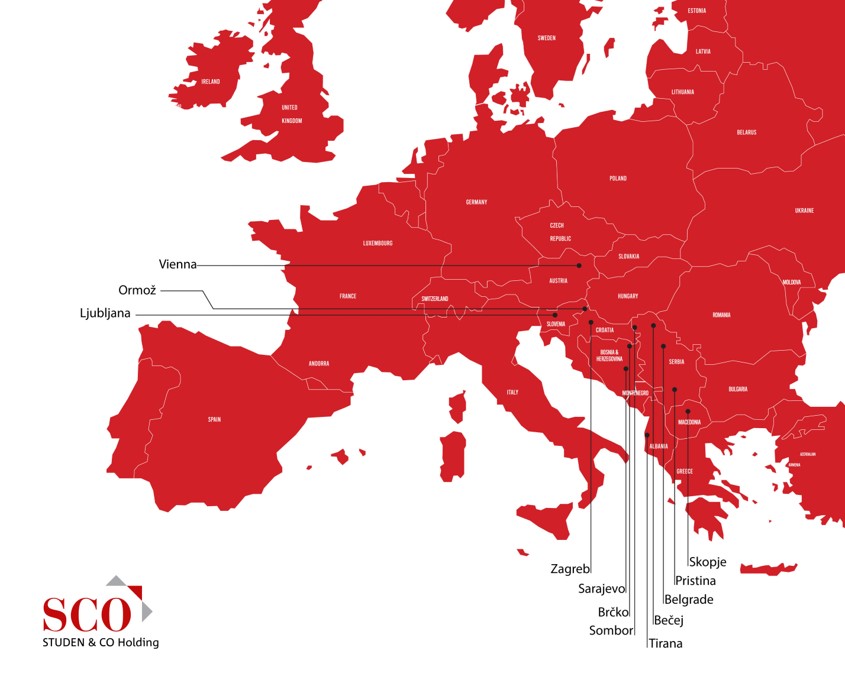 BIMAL Group is a producer of oilseed products and consists of six operating companies. Within the framework of its production, trade, services and distribution companies, the BIMAL Group performs all tasks, starting with the processing of oil-seed plants, the production and trade of raw oils and protein meal, grain trade, and finally the production and trade of edible oils, meals, lecithin and fatty acids, as well as providing storage services and business park services.

AGRANA-STUDEN Group is responsible for the trade, processing and distribution of sugar and sweeteners in all forms. Currently, there are ten operating companies working in close cooperation to economically purchase raw materials of different origins from all parts of the world, process raw sugar into white granulated sugar, and distribute the final product according to the requirements of food and beverage manufacturers, wholesalers and retailers.

STUDEN GLOBAL mainly trades in raw coffee from its headquarters in Dubai and Sao Paulo. We use a wide range of Arabica and Robusta raw coffee beans that are purchased directly from coffee plantations in Brazil, India and Vietnam. In the Brčko district, in Bosnia and Herzegovina, the production of roasted MINGOS coffee is located.

Extensive experience in roasting beans and the production of various types of ground coffee completes STUDEN GLOBAL's business operations in the coffee division. Branded products in this segment are a blend of the finest types of raw coffee in the world to ensure top quality, taste and aroma. 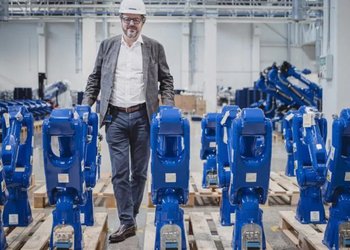 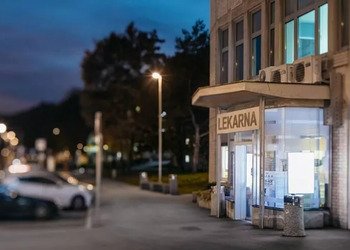 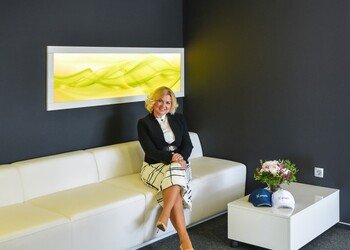 SPICA All Hours – solution to comply with legislation 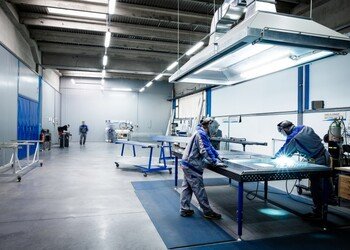